Festival on the Anniversary of the Battle of Mohács 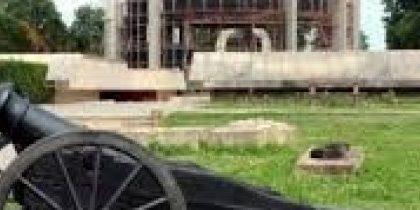 To commemorate the Battle of Mohács in 1526, a memorial concert, and wreath laying ceremony has been held in the Historical Memorial Park in the national graveyard every year on the last Sunday in August since its opening in1976. Since the change of the political system open air holy masses have been held with the descendants of the pontiffs who fought in the battle e.g. the archbishop of Kalocsa or Esztergom, the bishop of Eger and high state and government dignitaries (President, Prime Minister, Ministers) secular speeches, commemorations have also been recited . Occasionally military honors, historical flags deployment was part of the ceremony.

In recent years, the location for the Memorial Mass has been the Votive Memorial Church. The memorial concert, the  secular memorial service and wreath-laying ceremony have been held at the site, however.